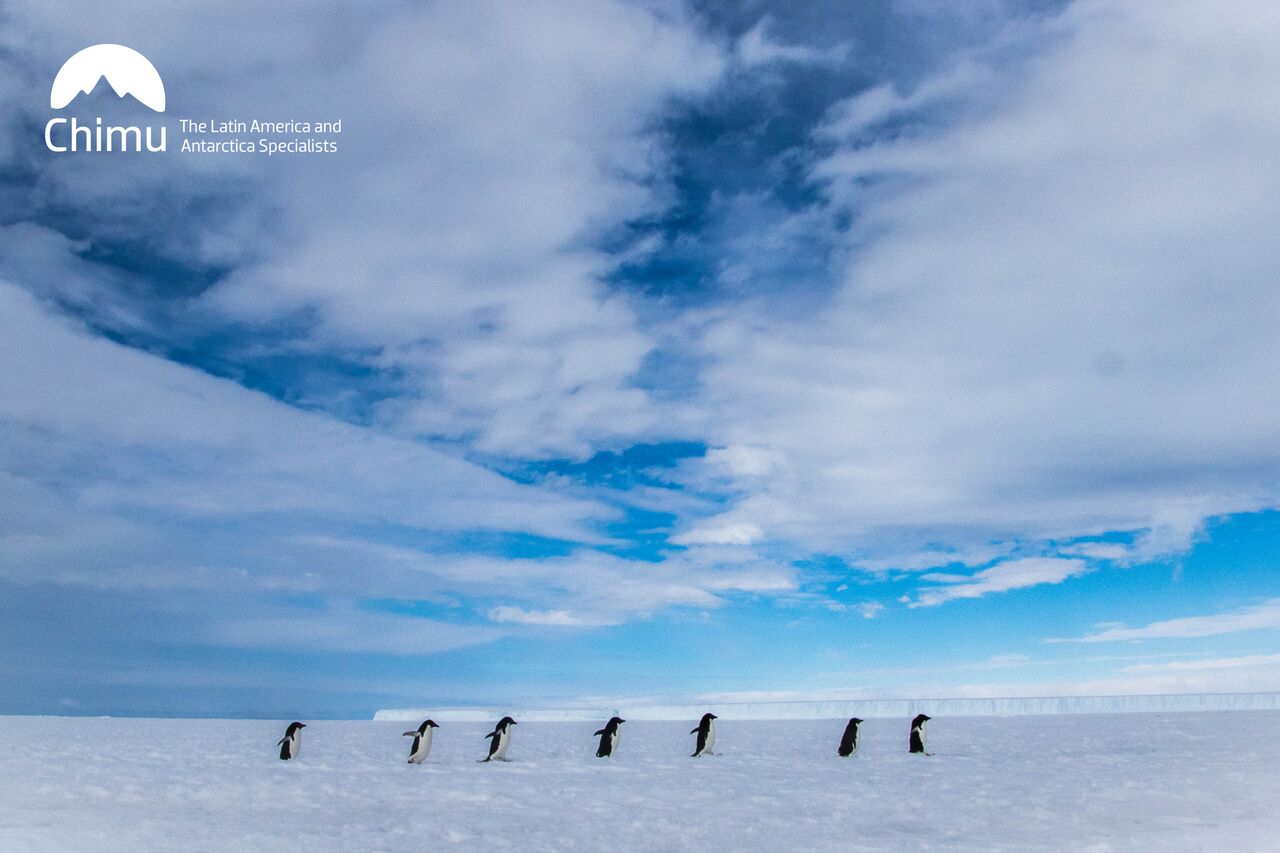 The Antarctic cruising season starts in late October and runs until March. These are the only months of the when temperatures are known to reach about 0 degrees Celsius during the day on the Antarctic Peninsula, and though the east tends to be colder, it is still more tolerable at this time of year. Here are just some of the amazing highlights you can look forward to on your Antarctic trip, month by month. These may help you in planning the trip of a lifetime and deciding exactly when to travel to the world’s most astounding continent.

Penguins become somewhat ‘romantic’ at this time of year, and if you book your Antarctica expedition in November you may be privy to some of the most endearing courtship rituals in the animal kingdom. Dressed in their Sunday best, suave male penguins strut their stuff, singing and bowing their heads in a most impressive manner. If you include a visit to one of the research stations you’ll be welcomed effusively and you may also spot the first detaching icebergs of the year. Midnight photo opportunities are simply spectacular from mid-November to early December, and you’ll see packs of elephant and fur seals starting to mark their breeding territories in the Sub Antarctic Islands. Travelling in late October you’ll find landing areas pristine as you’ll be among the first to set food on the White Continent for the season. If seeing dramatic ice formations is your absolute priority, then November’s definitely the month in which you should visit.

December is arguably the month where Antarctica is at its enchanting best. Summer is in full swing and days here can, on occasion, be bright and sunny though still cold and crisp. One can expect to see soaring albatrosses and lazy leopard seals basking in the endless hours of daylight. With at least 20 hours of sunlight, the Antarctic world is your oyster and the opportunity for more frequent landings is higher.

The warmest period of the year continues in Antarctica and you may spot numerous penguin chicks hatching or newly hatched and adorably fluffy! You may also be privy to seeing baby seals waddling about. With warmer temperatures, the ice begins to recede and zodiac excursions to outlying icebergs are incredibly rewarding as they are shaped and sculpted by the warmer weather. As January is part of the high tourist season, booking early is absolutely essential!

Whale spotting reaches its peak this month and cruises are simply exceptional in this regard. The skies on occasion can be crystal clear, as is the ice, and the starkness and richness in colours in Antarctica make for a simply magical scenery. On the peninsula, there are now more fur seals than at any other time.

As the ice recedes, you’ll be able to explore further south than at any other time of the year and encounter groups of curious penguin adolescents plus the plethora of whales are still in-situ. The days are getting shorter but if the weather permits, nights sky gazing can be hugely rewarding.  The scenery is always spellbinding and breathtaking in Antarctica, so if the last month of the cruising season is the only time you have to visit, rest assured your cruise crew will do their utmost to gift you a once-in-a-lifetime experience.

Antarctica from April to October

As autumn and winter descend upon Antarctica, the world’s most awe-inspiring continent slowly descends into a dark, windy and freezing existence. Temps can drop to -60 degree Celsius and nights can seemingly last forever. As waters start to freeze over, packed ice covers the entire periphery of the peninsula, for up to 600km! rendering this location out of bounds for tourists.

Where: The southernmost city of the world, Ushuaia, in Argentina is the major thoroughfare for Antarctic cruises. From here you can visit the Antarctic Peninsula as well as the sub Antarctic islands such as South Georgia and the Falkland islands on your Antarctic cruise. A cruise will take anywhere from 10 to 21 days when leaving from Ushuaia, if crossing directly to the peninsula you can be there in as soon as one and a half to two days.Punta Arenas in Chile is also a gateway for cruises to the Antarctic Peninsula, here travellers may take a flight to the South Shetland Islands to board their vessel, though more expensive, this is perfect for those wishing to cruise in Antarctica but avoid the drake passage.

What is it like: The Antarctic Peninsula is the most popular due to accessibility and for the plethora of wildlife found. The coast offers a dramatic mountainous backdrop, being an extension of the Andes Mountain range. The entire region including the sub Antarctic Islands is home to incredible history including Shackleton’s epic journey of survival.
Getting there: QANTAS, LATAM  and Air New Zealand fly from the east coast of Australia to Santiago and Buenos Aires where connections can be made through to Ushuaia or Punta Arenas. Leaving from Perth you may want to consider an Emirates flight to Buenos Aires which can both save time and money.
Australia and New Zealand themselves also act as gateways to the lesser frequented East Antarctica
Where? Leaving from Australia (Hobart) or New Zealand (Invercargill or Bluff) it will take about seven days to arrive to the white continent, which can be broken up by visits to Macquarie, Snares, Auckland and Campbell Islands, all rich in wildlife and nature. When you reach the Antarctic mainland, you will spend time around Commonwealth Bay or the Ross Sea region.
What is it like: A cruise to Antarctica from Australia and New Zealand offers the opportunity to witness the immense natural landscapes and seascapes of this incredibly remote yet ruggedly beautiful part of Antarctica and the best chance to see emperor and King Penguins. Steeped in history, East Antarctica is where the explorers Scott, Shackleton and Amundsen gained fame with their expeditions to be the first to reach the South Pole. This part of Antarctica is also home to the historic Mawson’s Huts at Commonwealth Bay.
Getting there: If you already reside in Australia then most local airlines will connect you through to Hobart or Invercargill to begin your journey of a lifetime.
More information: to help you decide where you want to visit, click on the trips below and start dreaming about your Antarctic cruise. For cruises from Australia and New Zealand only click here.
Still wondering? Contact us: and we will walk you through the whole process, answer all your questions and find the very best package, including flights, cruise and extra sightseeing to suit your needs.